'It's a mistresspiece!': the 14-hour film about forgotten female directors

A perfect lockdown gift has landed, one which might have sounded daunting in ordinary times: a 14-hour documentary about female directors, which goes live from next week on BFI Player. This glorious enterprise unearths footage from some of the greatest movie-makers of this century and the last – all of them female. At the same time, the BFI is showing 36 of the hundreds of films mentioned, so that viewers can enjoy full immersion over weeks, possibly awarding themselves a degree in, say, The Cinema of the Second Sex afterwards.

Narrated by women including Tilda Swinton and Thandie Newton, Women Make Film – A New Road Movie Through Cinema is the latest encyclopedic romp from the Northern Irish film historian and documentary-maker Mark Cousins, who previously directed the 15-hour television series The Story of Film: An Odyssey, in 2011. The new documentary will be released in palatable chunks over five weeks from 18 May, and aims to open a conversation on the lost legacy of women behind the movie camera.

The film does not waste time wondering why women have been sidelined by mainstream cinema – we knew the answers to that long before #MeToo. This is not about slamming the patriarchy, but a joyous trip through women’s work on screen, puckishly curated into 40 chapters on different themes including openings, interiority, meet cutes, sci-fi, tone, love, death, editing and musicals. The clips cover six continents, 13 decades and 183 directors, from the studio owner Alice Guy Blaché’s early silent work to the Russian director Kira Muratova, populists Dorothy Arzner and Kathryn Bigelow in the US, and China’s Wang Ping under Mao. Cinephiles previewing at festivals have been gobsmacked by the sheer quality of work excavated from previously obscure film-makers. 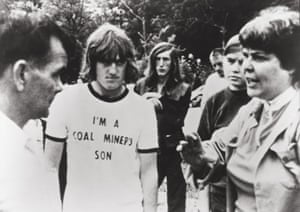