FACT Rated is our series digging into the sounds and stories of the most vital breaking artists around right now. This week, Lewis Gordon speaks to Japanese sound artist Sugai Ken, whose music takes the folk traditions of his home of Kanagawa and turns them into vivid electro-acoustic soundscapes.

Sugai Ken’s music has a strong affinity for place. Born and raised in the rich, green suburbs of the Kanagawa Prefecture in Japan, his enveloping, avant-garde music doesn’t slip easily into the country’s pastoral tradition but feels rooted there all the same. Strange electro-acoustic sounds loom from ambient field recordings, offset by shimmering synth-work. It’s a style that hums with the vibrancy of people and tradition, deftly straddling the temporal gap between past and present, myth and reality.

UkabazUmorezU, Ken’s latest record and first for New York based label, RVNG Intl, is a crystallization of this approach, one he’s slowly been working on since the mid-2000s. The album’s title roughly translates as “slow and steady wins the race,” a mindset he’s grown comfortable with during his time producing music. “The meaning of the title implies the perseverance of an idea through originality in a world highly influenced by trends,” Ken writes over email. “I am not denying trends in itself but I believe those who follow current trends will create works that are short lived.”

None of the music Ken has so far produced could be accused of bowing to fashion. Goto no Yoniwa (Garden in the Night), recorded in 2005, was a recreation of the evening sounds he experienced while visiting a riverbank in his hometown. Listening closely to the insects that populated the area, Ken produced an imagined field recording, an observational piece that took its inspiration from the timbre and inherent musicality of the space and animals. 2016’s On The Quakefish, meanwhile, sounds like an absurdist waterworld. Delicate, droplet melodies shift into deranged aquatic creatures, as if Ken had created his own oceanic environment and each track was a peek into its buzzing ecosystem. 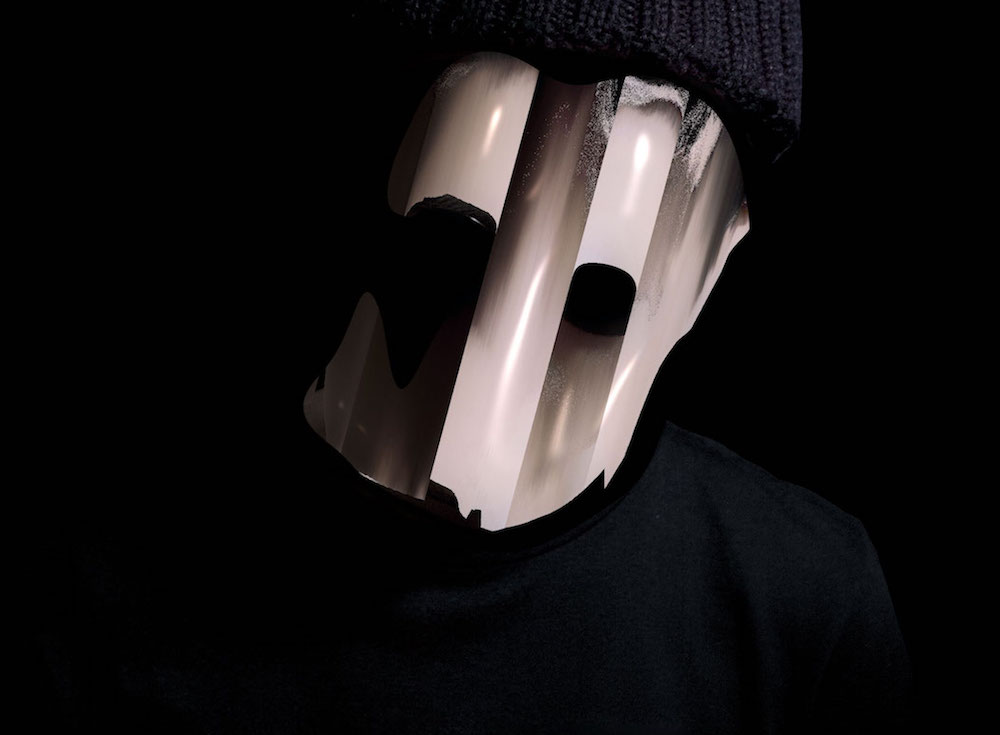 “From my childhood, I feel both a sense of awe and a feeling of relief from the darkness of night”

There are glimpses of his Japanese forebears, like environmental artist Hiroshi Yoshimura, in the rare moments of distilled serenity, but Ken is keen to distance himself from such past sonic traditions. “I’m definitely interested in the interactivity and the affinity for visual expression in the ambient music genre but I don’t consider myself an ambient musician.” UkabazUmorezU, like 2005’s Goto no Yoniwa, aims to capture the specific atmosphere of place rather than produce something outwardly ambient. One location that struck a chord with him during the recording of the record was a forest in Kyoto he happened upon near the Doujiri river in Kyoto. “It’s an amazing secluded spot with many tall trees with sunlight shining through.”

The record, though, is primarily concerned with the nocturnal and conjuring the feeling of Kanagawa at night, a state that evokes conflicting feelings within him. “From my childhood I feel both a sense of awe and a feeling of relief from [the] darkness of night,” Ken says. “Being shrouded and invisible in the darkness makes me feel close to my inner self. In a way, I am recreating this calmness through music production.”

Ken explores the aesthetic dimension of darkness too, an approach that ties him to his country’s deep cultural past. “Japanese people have a habit of using visual restrictions of darkness and developing these visuals for entertainment. An example is the 15th century text, The Flowering Spirit, by Zeami, the greatest playwright, aesthetician and actor of the Japanese Noh theatre. I think this habit is born from the admiration of darkness which is unique to Japan.”

UkabazUmorezU is actually made up of recordings not only sourced from the landscape but also the folk traditions still practiced in Kanagawa. On ‘Ganoubyoushi’, Ken adopts the traditional groove of Hari-ogi whereby a paper fan is slapped during a performance while the garbled conversation of one storyteller is interrupted by another. ‘Wochikaeri to Uzume’ maintains the strong focus on character allowing it to chime naturally with the elements. “I was thinking about a mysterious wrinkled old woman who lives in the countryside of Japan when I made this track. The idea is influenced by many ancient customs that respect water.” Ken explains that rejuvenation and deterioration sit at the heart of the track. Listen closely and you can hear the old woman slowly transforming into a younger self, the water aiding the process, before time slips away with the ticking of the clock.

Just as there is an elliptical quality to that track, so too is there in Ken’s mining of Japan’s custom and ritual past. With UkabazUmorezU, Ken has reimagined them in musical form for a modern audience. But like the feet that gently pitter patter through the record, there’s always a sense of forward momentum. “In the Japanese music scene, the value of folk entertainments and native ethnic beliefs are overlooked,” he says. “I believe there is a key in this history which can lead music from the present into the future.”