The final album by the duo of Valentina Magaletti and the late Tom Relleen deftly sums up what made their live shows so thrilling, finds Antonio Poscic 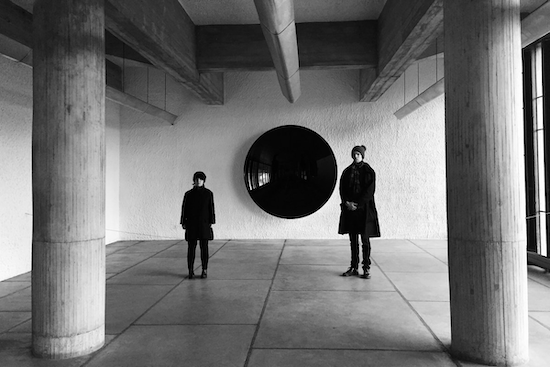 Tomaga, the improv rock duo of Valentina Magaletti and Tom Relleen, had felt like home for the London-based musicians from its inception in 2013 and right until Relleen’s passing in 2020. Outside of Tomaga, multi-instrumentalist Relleen was best known as half of The Oscillation, the fuzzed out psych rock project with Demian Castellanos, and as founder of the Phonica Records label. Magaletti branched out even further playing drums and percussion with quirky pop outfit Vanishing Twin, performing with the London Improvisers Orchestra, and collaborating with a number of avant-music luminaries. But it was Tomaga where their musical personalities came fully into being.

Starting with 2014’s debut Futura Grotesk, the band’s prolific discography superficially appeared to be an extension of Silver Apples’s variety of psych rock. In reality, they played with a freer style, confidently incorporating downtempo electronics, jazzy inflections, and post-rock crescendos in their spontaneous compositions. By adding a hint of mystery, the music projected a secret epistemology of the world through boundless motorik explorations and subliminal psychedelia. Self-evident, but somehow endlessly elusive. Their themes danced a similar dance, collecting fragments of everyday life, philosophy, and inner experiences into intimate narratives.

When Magaletti’s oblong tank drum cycles emerge from the dark to form a tuneful skeleton for ‘Idioma’, the opening cut of the duo’s final release, it’s a sound at once known and unknowable. Evolved from 2016’s The Shape of the Dance, yet embedded with a deeper meaning in light of Relleen's passing. On Intimate Immensity, the breathless reverberations of his Buchla synthesizer are just that bit more incisive than before as they saturate the sound space and grow emotional branches around echoing polyrhythms. Bass textures bubble up and wash over lurking, shy noises with newly discovered weight. An electronic pulse whistles for the first and last time.