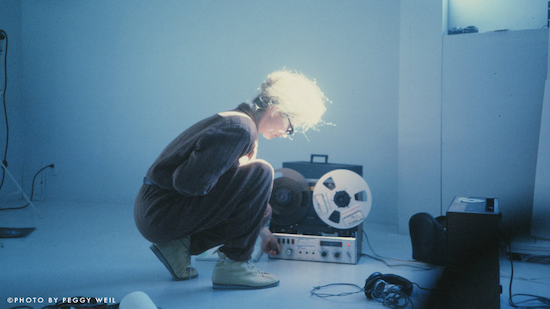 Sisters with Transistors is the new documentary from filmmaker Lisa Rovener that sheds light on the forgotten histories of female composers in electronic music. These composers such as Delia Derbyshire, Wendy Carlos, and Suzanna Ciani were innovators in their field, pioneering new musical styles and instruments in an industry that was unwelcoming to both female musicians and their avant-garde creations. In Sisters with Transistors, Rovner – along with iconic musician and artist Laurie Anderson’s narration – reclaims electronic music’s women-led roots by highlighting these composers’ stories through archival footage, interviews, and of course, music. In this interview, Rovner tells us about the documentary, working with Anderson, and how she hopes Sisters with Transistors will inspire a new generation of women in electronic music.

The Quietus: What compelled you to make this documentary in the first place about underrepresented women in the history of electronic music?

Lisa Rovner: What really drew me in was that this music was the sound of liberation. The political aspect of the story was what grabbed me, and I was drawn to these women and these photographs of them that I was discovering online… It was both my personal interest in politics and bringing politics to the screen, and obviously the music and obviously these women – these women who were enchanting me through the archive I sourced online.

Can you walk me through the research process with the archival footage? There must be a lot of information to include with the footage from the BBC and other places in the ‘50s and ‘60s.

It took me four years to source everything, and until the last moment, I was still swapping things and discovering new things. It was an extremely difficult story to properly uncover. With [composers] Delia [Derbyshire] and Daphne [Oram’s] archive, some of it was housed at the BBC, which was a bit easier, but some of the other stuff was much harder to source. Some of [the footage] came from the women’s families; some of it came from the women themselves. Suzanne Ciani and Laurie Spiegel both luckily took a lot of care in archiving their work, so that was kind of more straight-forward––although the concert footage of Suzanne where you first meet her in 1974 where she’s smoking a cigarette, that took a lot of work to get, to get digitised, and then to get licensed. Originally, I had just thought, “Oh, we’ll find an archivist and you know, that will be great,” but when the archivist came back with nothing, I just thought that this was going to be a very involved process, so I took on the challenge. I just spent the next few years reaching out to universities tracking these women’s lives and all the different places they’ve been and all the people they’d potentially met, all the people they had slept with. It was a huge, huge work but so rewarding discovering some of these gems.

The recordings of Laurie Spiegel and some of the later composers that you profile are so striking, because they seem to be so interested in recording themselves. It’s like they knew that this was going to be historic one day and needed to be preserved.

That is what's so interesting about this story. All of these women, perhaps they were aware of how important they were, but other people were too. Other people were inviting them on television, and other people were recording them… What’s really fascinating is how they have been left out of the bigger narrative of electronic music, of the canon. Of course, things are changing – for some of us, these stories are not lost.